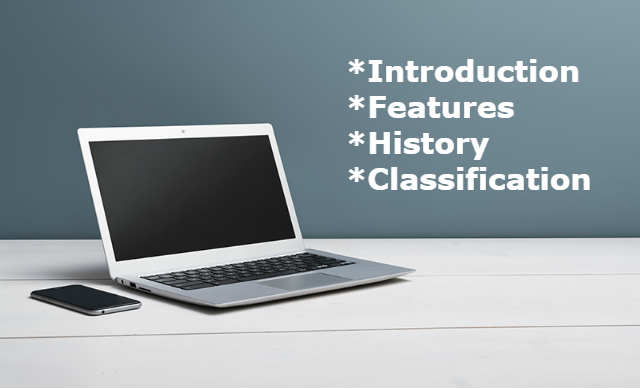 Brief Introduction of Computer- History, Features, Classification and Application of the Computer.

A computer is an electronic machine that accepts data from the user, process the data by performing calculation and operation on it and generates the desired output as a result. The term computer is derived from the latin word ‘computare’ which means ‘to computer’.

Generally, the computer is the combination of Hardware  and Software which converts data into information. Computer operates on set of instructions only, they cannot think as a human being. Computer has an ability to store and execute a set of instructions called program which makes it extremely distinguishable and versatile than calculators. Computer makes people’s lives easier and more comfortable.

Functioning of a Computer

Computer performs four functions which are as follows

The key features of computer are as follows.

Computer is not the creation of one day, rather it took a long period for the development of modern computers. History of computer is described in this table.

A generation refers to the state of improvement in the development of system. Computers are built of electromagnetically, before generation. Each generation of computer is characterized by a major technological development that fundamentally changed the way computers operate.

Computers are mainly classifieds as three types as follows.

Types of Computer -Based on Size

On the basis of size, computers are categorized as follows.

Microcomputer – Microcomputers are the least powerful, yet the most widely used and fastest growing type of computers and are also called portable computers. Microcomputer consists of three basic categories of physical equipment, i.e. system unit, input/output unit and memory unit.

Some types of microcomputer are as follows.

Minicomputer – Minicomputer are smallest in size, fatest, cost lower than mainframe computers. Initially, the minicomputer was designed to carry out some specific tasks, like engineering and computer aided design calculations. But now, they are being used as central computer which is known as server. Minicomputer are IBM-17, DEC PDP-11, HP-9000, etc.

Computer Types Based on Work

On the basis of work, computers are categories as follows.

Computer Types Based on Purpose

On the basis of purpose, computers are categorized as follows.

General Purpose Computer – General purpose computers are those computers, which are used to solve a variety of problems by changing the program or instructions. E.g. to make small database, calculation, accounting, etc.

Now a days computers have been employed in almost all the aspects of professional and personal life. Some of the areas where computers are being used are as follows.

Read More About the Computer 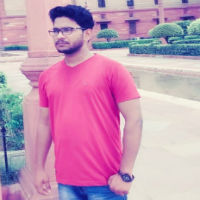 Hello everyone, my name is Sunil Maurya. Writing blogs, informative articles, reading books, and playing cricket are my interests. If you find my articles and blogs helpful, please hit like and comment in the comment section. You can share these articles with your friends so that they can also enjoy this content. Your appreciation will motivate me to write on new topics. You can also suggest topics you want to read in the future.

What is Computer Architecture?Components of Computer.

Subscribe to our Email Newsletter for Useful Tips and Valuable Resources.

Very couple of sites that transpire to be detailed beneath, from our poi

How to Become a Copywriter? | Writing Guide